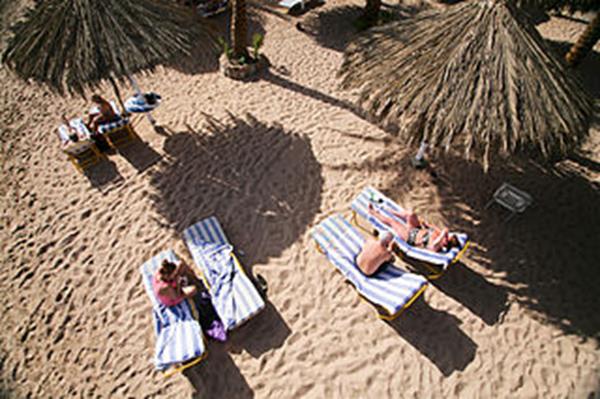 Thanks to the specialist solicitors at Your Holiday Claims, a family of five from Gretton in Northants have successfully received £7,535 in damages after âsevere non-stop diarrhoeaâ ruined their much-anticipated Egyptian escape at Nubian Island hotel.

Stewart and Sharon Morrow booked a 2 week October 2015 stay at the five-star Nubian Island hotel with high hopes for a memorable family holiday with their three children, Luke, Lois and Braydon. The trip also held special significance for the Northants parents as Stewart and Sharon were due to celebrate their 15th wedding anniversary.

Unfortunately, rather than enjoying their crystal anniversary, the couples celebrations were shattered as each family member was struck by an outbreak of gastric illness that was allegedly circling guests at the resort.

Father Stewart was the first of the five to succumb to illness, a mere 48 hours after landing at the Sharm el Sheikh hotel. Speaking to the legal experts at Your Holiday Claims, Stewart describes being awoken early one morning with âsevere non-stop diarrhoeaâ and sickness.

âI felt incredibly weak and I could not leave the hotel room I was that ill,â he states.

As Stewarts illness progressed, he realised that it was imperative that he sought medical treatment. The hotel doctor administered an IV drip with a âcocktail of drugsâ and placed the stricken holidaymaker on a regimen of tablets and hydration sachets.

In the following days, the rest of Stewarts family began to experience the same crippling illness symptoms and required medical treatment from the local pharmacy.

The family are certain that lapses in hygiene standards at Nubian Island hotel were the root cause of their suffering. Mother Sharon expresses disgust that undercooked and lukewarm foods were continually reheated and served up in the âdirtyâ restaurant.

She adds that âflies would also be seen on occasionâ on prepared foods and âthere were other guests during our stay who were ill.â

However, when contacting hotel staff to make them aware of their plight, the Morrows claim that they were met with disregard.

âI told the guest relations lady about my illness, but she wasnt really shocked or bothered. The only answer I received was its the heat and that a previous guest must have brought illness with them,â Stewart explains.

âWhat should have been an important celebration was ruined by all members of my family being ill,â he fumes, adding that he âwished we had stayed at home.â

Although by the close of their ruined holiday, the majority of the Morrow family were on the road to recovery, father Stewart continued to suffer from repeat illness symptoms for the remainder of their time in Egypt and for a further week once back in the UK.Â  The prolonged nature of his illness meant that self-employed tiler and bathroom fitter Stewart suffered additionally from lost wages as he was initially unable to return to work.

Sue handled the familys claims for compensation on a no win no fee basis and less than 12 months after their ruined holiday, the Morrows received damages totalling £7,535 in a settlement with tour operator, Thomson.

Commenting on the case, Sue said: âIt is so rewarding to have been able to help Stewart, Sharon and their children after illness plagued their anniversary trip at Nubian Island hotel.

âUnfortunately, the Nubian Island hotel and its sister property, Nubian Village, are no strangers to the team at Your Holiday Claims. Throughout 2015 and again in 2016, we have been contacted by stricken holidaymakers from these resorts. Many of our clients, like the Morrow family, reported suffering from sickness and poor hygiene during their stays.

âAt Your Holiday Claims our helpline remains open to anyone who has fallen ill on a package holiday within the last three years. Our friendly and knowledgeable staff can advise you on the merits of your case and answer any questions you may have regarding the claims process.â

Dont delay, start your no win no fee claim today

With over 50 years experience in travel law and an unrivalled claim success rate, Your Holiday Claims have the expertise and background knowledge to provide you with the very best legal representation. All on a no win no fee basis.

Thats right â pursuing a claim with Your Holiday Claims is completely financially risk free and you will never be left out of pocket no matter what the result of your case is.

Or, simply complete the quick online contact form and an experienced holiday illness lawyer will be in touch within 24 hours.

If you would like to find out more about how much your claim may be worth, check out our compensation guidelines.