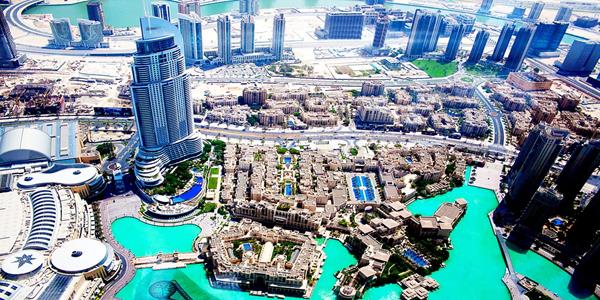 The specialist solicitors at YourHolidayClaims have helped a Flintshire man recover £4,000 in holiday illness compensation after he contracted a severe salmonella infection at the four-star Marina Byblos Hotel, Dubai.

Peter Welch and his wife jetted off to Dubai in late September 2014 for a 7-night stay at the Marina Byblos Hotel. Boasting a central location and a rooftop pool, the hotel promises guests that a “wonderful stay” awaits them.

However, Peter was left feeling far from wonderful as he experienced agonising stomach cramps, diarrhoea and vomiting just 3 days into the trip.

“My stomach was in constant turmoil,” states Peter adding that he was unable to “eat anything from the Wednesday evening until Tuesday 07/10/14.”

Despite seeking medical treatment in the resort and being placed onto an array of medicines, Peters illness symptoms continued to cause him considerable suffering for the remainder of the holiday, leaving him unable to participate in planned excursions.

Speaking to the experts at YourHolidayClaims, Peter expresses dismay that hotel staff appeared to ânot be botheredâ by his suffering although he is clear that poor food hygiene at the hotel was the cause.

“Desserts were never chilled,” Peter explains. He also indicates that the buffet food was below standard and claims to have witnessed new supplies of food being added to existing supplies on numerous occasions.

Still ill on his return home, Peter sought medical attention from his GP, where tests confirmed that he had in fact contracted salmonella food poisoning.

Unfortunately, Peter was to continue to experience repeat illness symptoms for months after the close of his ruined holiday and lost a considerable amount of weight as a result.

Alarmed by his treatment at the hotel and having suffered considerably, Peter decided to take legal action, instructing industry leaders YourHolidayClaims.

Anne Thomson, head of travel law at YourHolidayClaims represented Peters case for compensation on a no win, no fee basis.

Commenting upon the case Anne said: “I am happy to have assisted Mr Welch after salmonella food poisoning ruined his Dubai holiday.

“Salmonella is commonly caused by ingesting contaminated food or through poor hygiene practices. Illness symptoms typically last for 7 days but complications such as post-infectious irritable bowel syndrome can occur, causing considerable distress to those affected.

“At YourHolidayClaims our helpline is open to anyone who has suffered from illness on holiday. We will tirelessly to ensure that you receive the compensation you deserve to cover not only the illness you suffered but to also to include loss of enjoyment and recoup any medical costs incurred as a result of your illness.”

Peter added: “I am extremely grateful to Anne and the team at YourHolidayClaims for all their hard work.”

You can read more about how we can help holidaymakers make a salmonella holiday claim here.

Provided that your stay was within the past three years and was booked as a package, the legal experts at YourHolidayClaims could help you pursue a no win, no fee claim for compensation of up to £43,890.

With over 50 years’ experience in travel law and an unrivalled claim success rate, YourHolidayClaims have the expertise and background knowledge to provide you with the very best legal representation.

If you can’t talk to us right now there’s no need to worry as you can start your holiday claim online here.

Notice: Trying to get property 'ID' of non-object in /home2/holidayclaims/3D7OC2L8/htdocs/wp-content/plugins/mfm-schema/inc/schemaoutput.php on line 116
Holidaymaker triumphs over tour operator to £4,000 compensation victory