£5,455 compensation for family who fell sick on holiday at Stil Victoria Playa 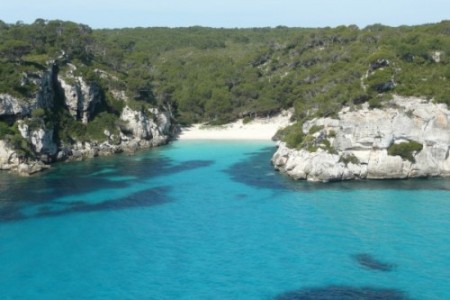 A family from Radcliffe has received £5,455 with the help of Your Holiday Claims after falling ill at the Stil Victoria Playa in Menorca.

Ian and Suzanne Burnes had travelled to the hotel with their young son in July 2014 to enjoy a relaxing family holiday in the sun. However, they were unaware that the hotel had been plagued by outbreaks of sickness for months prior to their arrival.

On arrival at the hotel, the family realised that much of the food was served undercooked and lukewarm. Ian Burnes also noticed flies constantly landing on salad areas at the buffet restaurant.

Halfway through the holiday, Mr and Mrs Burnes 5 year old son began suffering symptoms of severe vomiting and diarrhoea during the night. For the rest of the holiday he had a high temperature and continued to suffer with sickness.

Just a few days later both Mr and Mrs Burnes were suffering symptoms of sickness and diarrhoea which lasted for days.

On returning to the UK, the family were contacted by their tour operator Thomson. They were offered just £350 in compensation for the illness they had suffered.

The family contacted Your Holiday Claims to discover whether they would be entitled to bring a holiday sickness claim against their tour operator.

Solicitors successfully claim for £5,455 in compensation

The expert holiday claims solicitors at Your Holiday Claims were able to help the family obtain £5,455 in compensation from their tour operator. You can find more information on how we help holidaymakers make a claim for sickness in Spain here.

Mr Burnes commented: âI felt Thomson had an obligation to inform us before or at least on arrival that a bug was going around the hotel.

âWe are really pleased with the compensation Your Holiday Claims helped us receive and would like to thank them for all their hard work support.â

Sue Robinson, the holiday illness claims expert who handled the claim commented: âThroughout the summer of 2014 a large number of family holidays were ruined by outbreaks of sickness.

âHere at Your Holiday Claims, we have already helped 36 holidaymakers make successful claims for compensation and are continuing to represent others who have fallen ill.

âWe are extremely pleased to have helped the Burnes family claim the compensation they deserve, especially after they were offered just £350 on returning to the UK.

âI would encourage anyone else who has received an offer of compensation from their tour operator to contact Your Holiday Claims as they could be entitled to so much more.â

Notice: Trying to get property 'ID' of non-object in /home2/holidayclaims/3D7OC2L8/htdocs/wp-content/plugins/mfm-schema/inc/schemaoutput.php on line 116
£5,455 compensation for family who fell sick on holiday at Stil Victoria Playa