£4,500 settlement success for wedding guest hospitalised with septicaemia in Cyprus 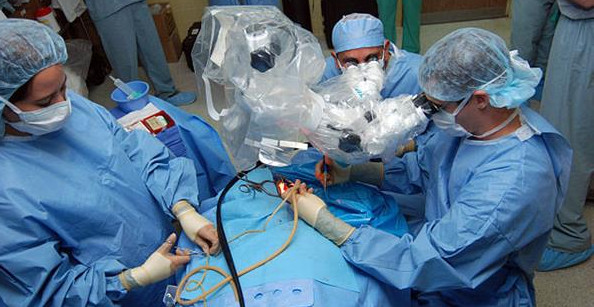 Your Holiday Claims have helped a Plymouth man successfully receive £4,500 in compensation following a potentially life-threatening stay at the Electra Village Hotel, Cyprus.

Derek Akred travelled to the four-star resort in late June 2014 for a much-anticipated family wedding. Unfortunately, for the ill-fated wedding guest, champagne and celebrations were exchanged for âexcruciatingâ pain and emergency surgery as he battled septicaemia caused by a severe ear infection.

Although Derek enjoyed the first 6 days of his holiday, he describes being woken early the next morning by a feeling of nausea and light-headedness.

âI began to get pain in my ear and took some analgesia for this,â he recalls.

âAs I was on holiday with my family for a family wedding I didnt want to ruin their holiday too by being unwell so tried to get on with things.

âAs the morning progressed I felt very unwell and told my wife I was going back to the room to lie down.

âAll I can remember from this point was going to bed as I was in excruciating pain and felt very sick.â

When Dereks wife, a registered nurse, returned to the room, she found him in a confused and unsteady state complaining of intense pain.

Realising that immediate medical attention was necessary, she called for the doctor who advised âthis is very severe and you need treatment immediately.â

Derek was rushed to hospital where he was placed on IV antibiotics, fluids and pain relief.

Unfortunately, Dereks condition was so severe that septicaemia had set in and he no option but to undergo emergency surgery in a foreign country to clear infected tissue from the ear.

In total, Derek remained hospitalised for three days. He describes the experience as extremely âdistressing,â adding that his 2-year-old son âwas very distraught seeing daddy so poorly and couldnt understand why I wasnt at the hotel.â

Dereks illness meant that he missed out on much of the excitement and build-up to the family wedding he had travelled so far for.

âI attended [the wedding] as I didnt want to let anyone down on such a special occasion,â he states before adding, âI have to admit this was very difficult and I struggled at times throughout the day.â

Once back in the UK, the stricken holidaymaker remained plagued by repeat symptoms of sickness. GP examinations confirmed that sepsis following a severe bacterium in the ear drum was indeed the cause of his suffering.

Speaking to the legal experts at Your Holiday Claims, Derek is certain that poor pool hygiene was the source of infection and he remains incredulous that the pools did not appear to be cleaned regularly.

Derek adds that conversations with other guests soon revealed that many were suffering from the unpleasant effects of ear infections.

âMany people in the hotel had to be seen by the doctor on site due to ear infections. We reported this to the hotel management and holiday rep as we didnt want anyone else to have to suffer the consequences that we did.

âNothing really seemed to get done â¦ there was still debris at the bottom of the pool.â

Derek turned his anger into action and resolved to pursue a claim for holiday illness in Cyprus with industry leaders Your Holiday Claims.

Head of travel law, Anne Thomson, represented Dereks case on a no win no fee basis and secured a £4,500 settlement with tour operator First Choice.

Commenting on the case, Anne said: âIt was my pleasure to assist Mr Akred.

âIllness and poor hygiene are simply inexcusable within a package holiday. Mr Akreds case highlights the serious consequences that can occur if hygiene standards are not adequately maintained.

âAt Your Holiday Claims our dedicated helpline remains open offering advice and guidance to anyone who has fallen foul of hygiene standards on a package holiday within the last three years.Â  Our claims experts can advise you of the merits of your case and answer any questions you may have regarding the claims process.â

With over 50 years experience in travel law and an unrivalled claim success rate, Your Holiday Claims have the expertise and background knowledge to ensure that you receive the compensation you deserve following illness abroad. All on a no win no fee basis.

Or, simply complete the online contact form and a claims specialist will be in touch within 24 hours.

Notice: Trying to get property 'ID' of non-object in /home2/holidayclaims/3D7OC2L8/htdocs/wp-content/plugins/mfm-schema/inc/schemaoutput.php on line 116
£4,500 settlement success for wedding guest hospitalised with septicaemia in Cyprus