£19,500 pay out for Northumberland family struck by salmonella on holiday 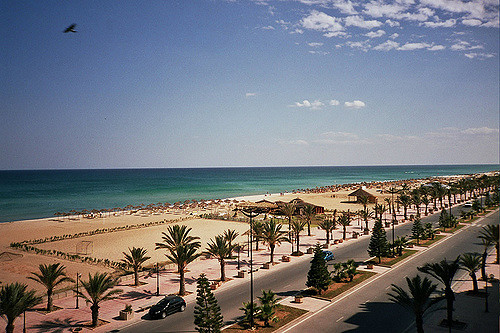 Â A family of 5 have been awarded £19,500 in holiday illness compensation after an outbreak of salmonella struck down their entire party on holiday at Caribbean World Hammamet Beach Hotel.

Brenda Farthing, a self-employed hairdresser from Northumberland, looked forward to a well-earned holiday to the coast of Hammamet in Tunisia with her 4 children in September of 2013.

Unfortunately for Miss Farthing and her family, high hopes of a fun filled family break were ruined when the entire family were struck down with bacterial infection, salmonella, within days of one another.

The family suffered in quick succession with symptoms of sickness, diarrhoea, and crippling stomach cramps, leaving single mum Miss Farthing to look after her four sick children whilst suffering herself.

In the most severe cases, salmonella food poisoning can result in long term ill health for those affected and unfortunately for one member of the Farthing family it was to be the start of a plaguing illness.

Miss Farthings son Taylen, aged 12 at the time of their stay, has continued to suffer the effects of the infection into his teen years and has been forced to adopt a lactose-free diet following a lactose intolerance and post infective irritable bowel syndrome brought about during his ill-fated holiday.

The remainder of the family are relieved to have now recovered from the infection, following a period of illness after their holiday, but continue to be worried about the ongoing effect on Taylen.

The Farthing family contacted experts at Your Holiday Claims following their stay at Caribbean World Hammamet Beach Hotel and with the help of holiday illness specialist and Head of Travel Law, Anne Thomson, have successfully recovered £19,500 in compensation from tour operator Just Sunshine.

Head of Travel Law at Your Holiday Claims, Anne Thomson, commented: âSalmonella is a highly unpleasant bacterial infection which is commonly caused by undercooked food and poor hygiene.

âIt is always extremely worrying to hear of British families contracting salmonella whilst on holiday, especially in the case of the Farthing family where it has unfortunately resulted in long term illness.

âMyself and the team here at Your Holiday Claims are extremely pleased to have helped Miss Farthing and her family to recover compensation following such an unacceptable experience and continue to encourage those who have been similarly affected on holiday to seek expert advice.

Notice: Trying to get property 'ID' of non-object in /home2/holidayclaims/3D7OC2L8/htdocs/wp-content/plugins/mfm-schema/inc/schemaoutput.php on line 116
£19,500 pay out for Northumberland family struck by salmonella on holiday