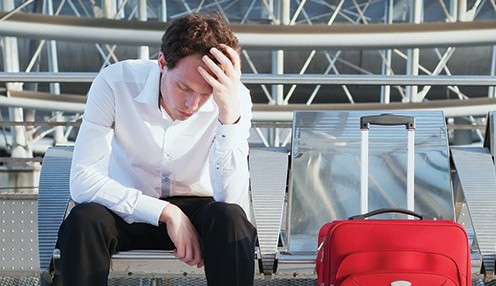 Here at Your Holiday Claims we are concerned to hear of British holidaymakers stranded in Sharm el Sheikh being placed in sub-standard accommodation.

Whilst over 5,000 British holidaymakers have now returned home following the Russian plane crash in the Sinai Peninsula, many have been placed in accommodation described as âfilthyâ and âcockroach infestedâ.

One holidaymaker has even reported that holiday representatives told them to avoid the food at their hotel.

Guests staying at the Continental Plaza claimed they were driven to ordering fast food to the hotel after finding âflies all over the food in the restaurantâ.

In some cases, holidaymakers have reported being covered suspected bed bug bites after they were moved into alternative accommodation.

Anne Thomson, Head of Travel Law at Your Holiday Claims, commented: âWe are concerned by the reports we have read regarding the standard of accommodation being provided for British holidaymakers.

âI do have sympathy for the tour operators as well as those holidaymakers affected because clearly the situation in Sharm el Sheikh is not of their doing.Â  However, if holidaymakers have been moved from their original hotel to substandard accommodation purely for financial reasons, then my view is that this is wrong.

âFood which is exposed to contamination by flies or insects can cause serious illness and lead to symptoms including vomiting, stomach pains, diarrhoea and dehydration.â

Have you fallen ill in sub-standard accommodation in Sharm el Sheikh?

If you have fallen ill whilst stranded in Sharm el Sheikh or have been moved to sub-standard accommodation and suffered illness as a result, we want to hear from you.

Whether you or a family member has suffered symptoms including sickness and diarrhoea or been affected by suspected bed bug bites, contact the experts at Your Holiday Claims.

To speak directly to a holiday claims expert, call us on 0330 100 2851, or simply complete our quick online contact form and we will be in touch as soon as possible.

Notice: Trying to get property 'ID' of non-object in /home2/holidayclaims/3D7OC2L8/htdocs/wp-content/plugins/mfm-schema/inc/schemaoutput.php on line 116
Stranded guests stuck in sub-standard hotels in Sharm el Sheikh