Misery in Mauritius at RIU Creole 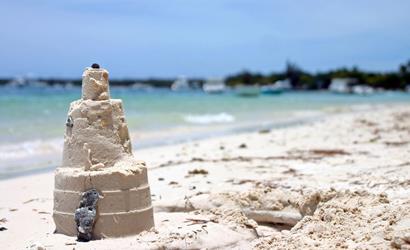 Recently returned guests are reporting to have suffered from illness and poor hygiene standards at RIU Creole in Mauritius.

Do not accept illness as part as your package holiday at RIU Creole â if you have fallen ill at this resort within the last three years, fight back and claim the compensation you deserve.

With industry leaders Your Holiday Claims on your side, you could recover anything up to £43,890 in damages. All no win no fee.

Your Holiday Claims are reading concerning reports of illness and poor hygiene at the four-star RIU Creole.

Commenting on hotel review site TripAdvisor, one recent guest issues a âfood poisoning alert,â claiming that her boyfriend, along with several of their fellow hotel guests, were stricken by illness at the Thomson Platinum resort.

The disgruntled holidaymaker labels their time at RIU Creole a âvery bad experienceâ and expresses disbelief that the hotel doesnt have âany control of theÂ foodÂ quality.â

Worrying reports of guests plagued by a smell of raw sewage are also common on TripAdvisor. One guest even suggests that the hotel grounds are watered with sewage and further claims that âin the middle of the hotel there isÂ sewerageÂ standing with bad odourâ

Hygiene standards at RIU Creole have also been debated in the national press with one family alleging that rats were a common feature in their hotel room.

Anne Thomson, head of travel law at Your Holiday Claims commented: âFrom all reports, there appears to have been a breakdown in hygiene standards at RIU Creole.

âIt is well known that any small slip in standards can lead to illness and I fear that many more British holidaymakers may have been affected.

âAt Your Holiday Claims we are there for you when holiday illness strikes; I strongly urge anyone who has been unfortunate enough to fall ill at RIU Creole within the last three years to get in touch to see if you can make a no win no fee compensation claim.â

Act now to secure the compensation you deserve

To find out how we can help you pursue a claim for holiday illness without the hassle, contact Your Holiday Claims today.

Or, simply complete the online contact form and a dedicated claims expert will be in touch within 24 hours.

Notice: Trying to get property 'ID' of non-object in /home2/holidayclaims/3D7OC2L8/htdocs/wp-content/plugins/mfm-schema/inc/schemaoutput.php on line 116
Misery in Mauritius at RIU Creole