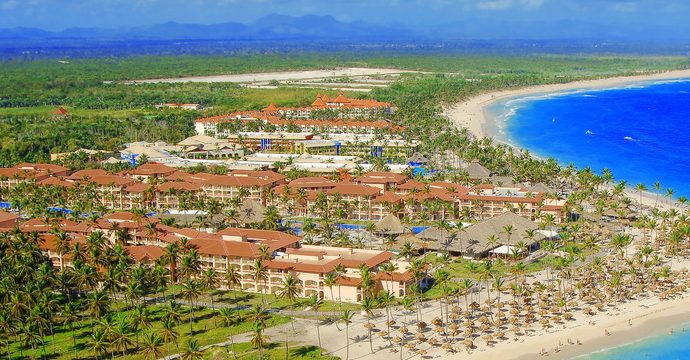 Our dedicated team of legal experts are continuing to be notified of the ongoing illness issues, which are unfolding at the Luxury Bahia Principe Ambar Blue resort in the Dominican Republic.

If you have also had a package holiday to the Dominican Republic which has been ruined by illness within the last three years, then you could be entitled toÂ thousands of poundsÂ in compensation!

If you feel as though you may be eligible to make a claim for holiday illness compensation, then speak to one of our dedicated legal team members today on 0330 100 2851.

Alternatively if you are unable to discuss your case over the phone right now, you can also get your claim on track by completing our quick and simple online enquiry form.

The YourHolidayClaims team have learned that cases of illness are continuing to occur at the Luxury Bahia Principe Ambar Blue, after being contacted by a former guest of the hotel who claimed that their holiday was plagued by gastric illness.

This latest case unfortunately follows a number of illnesses that we learned of at the resort in October last year.

During this period, multiple frustrated former visitors of the five star hotel disclosed details of their ill-stricken visits on TripAdvisor to warn others of the dangers at the Dominican hotel.

Commenting on the issues at this time, one holidaymaker revealed:

âMy husband and I were both extremely disappointed to return to this hotel after 2 years to find that its standards have dropped very considerably.

âDespite taking precautions I caught a virus while I was there and, like many others, was really quiteÂ illÂ by the end of the holiday and so very glad to get into the taxi to take us to the airport to go home.

âIt has been previously claimed that poor food hygiene is the reasoning for the hotels ongoing illness problems, and as holidaymakers are continuing to fall ill it is crucial that some form of action is now taken by the hotel management and tour operator.

Legal experts by your side

The expert travel law team here at YourHolidayClaims could help you bring a claim against your tour operator if you have contracted an illness on a package holiday which has lasted for at least one week.

To learn more about the claims process and how it can benefit you, get your claim on track today by providing us with a few quick details and starting your claim online.

Or if you would rather talk over the claims process in more detail with a dedicated member of our legal team, then you can do so by giving us a call now on 0330 100 2851.

Notice: Trying to get property 'ID' of non-object in /home2/holidayclaims/3D7OC2L8/htdocs/wp-content/plugins/mfm-schema/inc/schemaoutput.php on line 116
Feeling blue: Sickness continues to hinder holidays at the Luxury Bahia Principe Ambar Blue