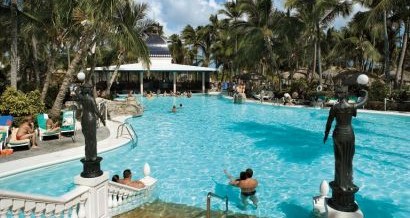 A British holidaymaker has successfully received £4,800 in compensation after her stay at ClubHotel Riu Bambu in the Dominican Republic was ruined by a severe case of gastric illness.

Our client and her husband from Barnsley, looked forward to a special break away at ClubHotel Riu Bambu, Punta Cana to celebrate their wedding anniversary and her husbands 50th birthday celebration.

As loyal customers of over 15 years with Thomson and First Choice Holidays, and returning visitors to the Dominican Republic, they felt assured the Club Hotel Riu Bambu would be the perfect place to celebrate both special occasions.

Commenting on their ruined holiday at the Club Hotel Riu Bambu our client said âWe arrived at Riu Bambu on Saturday 31st May 2014 for a two week all-inclusive stay. After a couple of days the food and hygiene standards seem to deteriorate.

âAt breakfast we witnessed a member of staff pouring all the dregs from the remaining coffee pots into the original machine to be used again.

âBedding, sheets and and towels in the rooms were also not very clean. Beach towels were unbelievably smelly and dirty.

âThere were flies and wasps everywhere in the hotel restaurant and a dead wasp was poured into my husbands wineglass from out of the bottle!â

By Monday 9th June our client began to feel unwell, suffering symptoms of nausea, diarrhoea and stomach cramps; symptoms which severely worsened over the coming days.

âAfter 27 hours of vomiting and no fluids I thought I was dying, literally. Just after midnight I asked by husband to get the doctor asapâ the lady said.

After consultation with the doctor at the resort, our client was admitted to hospital where they âcontinually replaced fluids through the night, took blood samples and administered medicationâ.

âI still cannot go out for a meal and eat what I would like. I am very wary of all food and have lost nearly a stone in weight since the incident.â she added.

On 13th June, the day before their planned departure, our client was finally able to return to the resort with her husband but stated by this point âmy holiday had been the holiday from hell and completely ruined!â

âI hope this settlement will help the couple in moving forward from their distressing ordeal.

Commenting on their compensation award, the lady said: âMy husband and I are pleased to have been compensated for what was a truly awful holiday and would like to thank Sue and the team at Your Holiday Claims for their assistance.

âI hope that in publicly sharing our experience it will encourage others to seek help should they find themselves in a similar situation.”

Notice: Trying to get property 'ID' of non-object in /home2/holidayclaims/3D7OC2L8/htdocs/wp-content/plugins/mfm-schema/inc/schemaoutput.php on line 116
£4,800 compensation for hospitalised holidaymaker at ClubHotel Riu Bambu